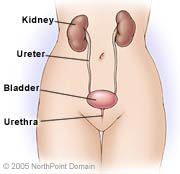 The kidneys, two small bean-shaped organs, are located on both sides the spine, below the ribcage. These organs filter waste from the blood, a process that creates urine. They also produce hormones, regulate blood pressure, and regulate the production of red blood cells.

WHAT ARE THE SYMPTOMS?

The following bodily changes may be warning signs of kidney cancer, although they tend not to appear until the disease is advanced. Keep in mind that these symptoms can also result from other conditions such as a bladder infection or kidney disease:

It isn’t clear what causes kidney cancer, but risk factors include:

Physicians order the following tests to rule out or diagnose kidney cancer:

Surgery is the mainstay of therapy for most stages of kidney cancer. Procedures include:

When cancer spreads, immunotherapy is considered the most promising treatment. It employs drugs that stimulate the body’s own disease-fighting cells to fight cancer. Kidney cancer has proven resistant to many chemotherapeutic drugs, although some types are mildly effective.

However, the following habits may help reduce your risk of kidney cancer: